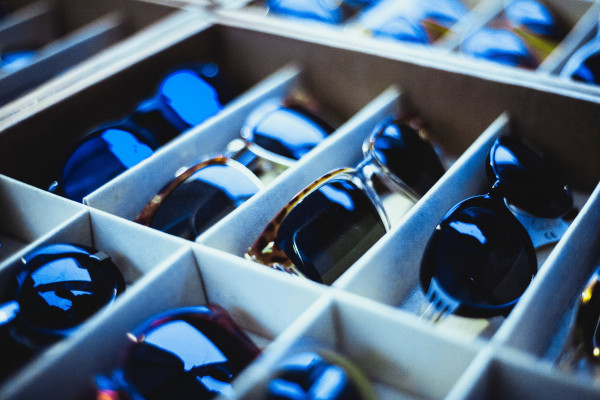 2022 is drawing to a close, and it can’t come soon enough for some folks. (We’re looking at you, Elon, Kanye, and Sam.) Winter’s chill is creeping south, ski resorts are opening throughout the north, and turkeys are looking over their shoulders. Mariah Carey is defrosting – and sooner than you think, all she’ll want for Christmas is you.

This is traditionally a great time of year for taking advantage of various sales: Black Friday, Small Business Saturday, and Cyber Monday. (Taco Tuesday is getting nervous.) Curiously, it’s also a great time to pick up a bargain on prescription sunglasses. Why is that? Are there really enough people getting ready to hit the winter slopes who need to cut the glare? Nope – chalk this one up to a tax code quirk.

Medical and dental expenses have always been “deductible” – but only if you itemize, and only to the extent they total more than 7.5% of your adjusted gross income. That’s not much of a break. The Tax Cuts and Jobs Act of 2017 thinned the ranks of itemizers down to just 14%, and the number with qualifying medical expenses is even lower. That leaves most taxpayers out in the cold at a time when insurance deductibles and overall healthcare costs are climbing fast.

Many employers offer employees something called a Healthcare Flexible Spending Account to help ease the squeeze. This program lets employees set aside up to $2,850 per year, pretax, for unreimbursed healthcare expenses that would be deductible under Code Section 213(d).

Here’s the quirk: most of these plans require employees to use all of their money by the end of the year. Some of them give you a grace period until March 15. But there’s nothing worse than setting money aside to avoid taxes – then watching it go back to your employer because you couldn’t use it in time. Hence, prescription shades are on sale. (By contrast, more-powerful Health Savings Accounts let taxpayers with qualifying high-deductible health plans set aside up to $7,300 for 2022 and carry forward as much of that amount for as long as they like.)

The New York Times recently outlined how some clever taxpayers have tried to stretch those accounts. Personal massagers? (You know what we’re really talking about.) Uh, no. Reading glasses? Sure. A stress-relieving cruise vacation? Nope. Overkill. A special hypoallergenic washing machine? Maybe, with a “letter of medical necessity.” (If you loved getting a doctor’s note to get out of class back in junior high, you’ll love getting one just as much today, too.)

And how about an emotional support kitten? Yes! That includes the cost of the kitty, plus food and vet bills, but not cat toys or a scratching post. We understand that not everyone likes cats – but who wouldn’t support tax breaks for a tiny little mewling ball of floof?

Speaking of animals, here’s another clever medical expense we’d love to see someone write off: voodoo animal sacrifice. Just hear us out on this one. The IRS has approved deductions for Christian Science practitioner fees, and the Tax Court has approved them for Navajo healing rituals. Under the same logic, voodoo animal sacrifice is a deductible medical expense so long as it’s part of a religious ceremony for healing purposes. Besides . . . do you want to tell the voodoo queen she can’t deduct her chickens?