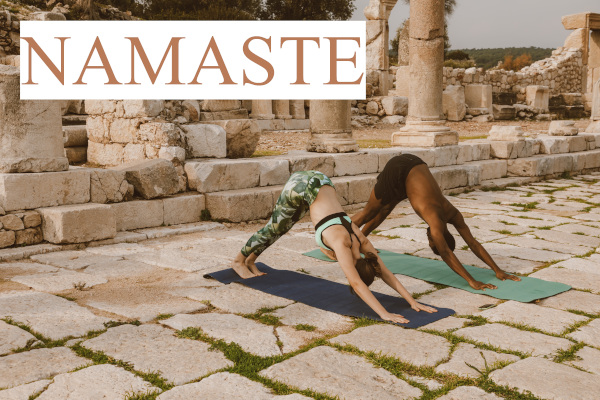 Picture this: you’re an ambitious yogi in New York City, circa 2006. You want to teach Downward Facing Dog to upwardly-mobile students. Never mind that you’re a convicted felon (forgery and car theft) and accused rapist. You’ve had a moment of satori, and you’ll make your brand of inner peace available to everyone, whether they can afford it or not. What could go wrong? You call your studio Yoga to the People. You open a no-frills space on trendy St. Mark’s Place, minus the usual pricey yoga mats and designer leggings. You plaster the words “No Ego No Script No Pedestals” on your website. You tell The New York Times that you truly believe if more people were doing yoga, the world would be a better place.

Over time, your model stretches across the city, then reaches across the country to California, Colorado, Arizona, and Florida. Then you discover the real opportunity: training instructors, in groups of 40-60 at a time, for $2,500-3,200 a pop. The cash pours in so fast it leaves your back in shambles like the morning after an overzealous Pigeon pose. More than $20 million in revenue! You develop a Lavish Facing Life – fancy international trips, fine dining, and NFL season tickets. (Football players love yoga; it helps prevent injuries!)

Remarkably, you and your partners manage to accomplish it all without ever hiring an accountant. (Uh oh.) Running a cash business across that many locations, with no financial controls, is like flying out of a wobbly Crow pose into a handstand – bold but sure to cause problems for yourself and everyone nearby. You don’t bother keeping records. You don’t file business tax returns. You don’t file personal tax returns. For years.

How do you get away with it? You master the Under the Table pose. You don’t let your instructors count the donations. You pay them in cash and don’t give them W-2s. You manipulate them into teaching unpaid classes and cleaning studios. You require them to bring the cash to your apartment, where you stack it and count it during “stacking parties.” You recruit naïve young women (just out of Child’s pose!) to hold titles to your studios. They teach Half Lord of the Fishes while you take Half Cut of the Proceeds.

Eventually, the zen starts to fade. Your students complain your training programs are abusive and traumatic. They share horror stories about your dreaded “arm-raising weekend,” where they spend a painful hour raising their arms in the air, then sit in a circle where they’re forced to share something they’ve never told anyone before. Your employees call your organization a cult. (If your employees call your organization a cult, you may not be the good guy.) Vice magazine exposes your “fear, control, and manipulation.” COVID hits. Then someone creates a “Yoga to the People Shadow Work” on Instagram with eyewitness reports of your “sexual misconduct, toxic management, racial discrimination, unfair labor practices, and abuse of power.” Three weeks later, you’re practicing Shuttered Door.

You probably wish that was the end of the story. Sadly, it’s not. A year later, the IRS shows up at your door. With warrants scarier than Cobra Pose. They charge you and your partners with failing to report $4.7 million of income and failing to pay $1.2 million in tax. Now you’re looking at up to 10 years in a place where Shavasana (“Corpse pose”) can have an ominously different meaning.

One good accountant and one good tax planner (not the same thing) could have kept the IRS away. (Unhappy employees are a different story!) Here’s hoping the warden at your next place of address will let you organize Yoga to the Inmates!